There’s something that’s often missed when we write up a list of survival priorities, that’s self-defense. There’s actually a pretty good reason for this omission, as those lists are based on what we need to survive what nature throws at us. Last I checked, few wild animals, let alone nature herself, is likely to attack you.

But we don’t just have to survive nature. Unfortunately, we have to be ready to survive our fellow man; and from what history shows us, our fellow man is much more of a killer than nature could ever dream of being. While you may never be put in the position of having to defend yourself from attack, that’s not something that you can count on. Crime statistics show that 1 out of 5 homes will experience a home invasion sometime, and that’s during normal times. We can expect that figure to go up in the wake of a disaster that leaves people desperate.

With that much of a likelihood of home invasion, it only makes sense for us to be prepared, just in case it happens. If we ever reach the point where people are roaming the streets looking for food, anyone who has enough for their needs is likely to become a target of opportunity.

There are two separate but interrelated areas of home defense that we need to consider, passive and active. Passive defenses are things like locks and bars over your window. They protect you by making it harder for criminals to commit crimes. The general idea is that if you make it hard enough for a criminal to commit a crime, they’ll go find an easier target, leaving you alone.

The problem with most passive defenses is that they are based on the assumption that criminals don’t want to draw attention to themselves. This is true of your normal burglar, rapist or break-in artist. Unwanted attention increases their chance of being apprehended, so they will do whatever they can to avoid it. In the light of passive defenses, this means avoiding making noise, more than anything. Noise causes people to look and remember what they see.

So the deadbolt on your door and the locks on your window aren’t there so much because they make it impossible for the bad guys to get in, as they make it impossible for them to break in without making a bunch of noise. Anyone can break through a glass window if they’re willing to make noise. Likewise, it’s easy to kick open the average deadbolted door, since the deadbolt is only going into the doorframe, which is only ¾” thick.

Active defense is things you do yourself, should a bad guy try and break into your home. They can include anything from taking a picture or calling the police, all the way up to get into a shootout with the criminal. Criminals avoid becoming involved in any altercations with their victims, simply to avoid getting hurt themselves. That’s why in 70% of the cases when a concealed carry permit holder draws a gun, the criminal flees.

Most criminals don’t carry guns and knives to actually use them, but rather to intimidate. Few people are going to go against the wishes of an armed criminal when the crook has a gun pointed at them. It doesn’t matter if the criminal knows how to use it or not, they have to assume that he does.

However, in a time of crisis, when people are desperate, that could all change. One of the worst-case scenarios is a breakdown of society, with a corresponding breakdown of law and order. In such a case, there’s a possibility of armed gangs attacking homes in search of food and other supplies.

Part of the solution is improving on your passive defenses, making it harder for the bad guys to get in. This is called “hardening your home” and consists of a number of different strategies to make it so that anyone trying to break in has to work pretty hard at it.

There’s a huge difference in magnitude between this and normal home security, even though some similar techniques might be used. I’m not going to get into details here, as I did so in another article.

Here’s the real point I want to make. If we are ever in a serious post-crisis mode, where those gangs are attacking homes, you won’t just be able to depend on your passive defenses to protect you. You can’t put enough passive defense on your home to make it impervious to attack, and even trying to will make your home stand out as someplace that they should attack, as you likely have something worth defending.

There are several key points that I want to make here:

To start with, a gun in your night stand or closet is useless for defending your home, unless you are in bed. If you’re sitting in the living room, watching a movie, and someone kicks open your front door, you won’t have time to go to the bedroom and get that gun. Unless you have it on your person or sitting right beside you, all you’ve done is bought a gun for that criminal to steal.

I realize that it might seem a bit crazy to carry a gun at home, where you are supposedly safe, but I’d rather carry it every day of my life and never need it than to leave it in the closet and need it even once.

Secondly, your family should be as capable of using your guns as you are. There’s always a chance that you won’t be home when a home invasion occurs. Or you could be home and end up getting injured trying to defend your family. Don’t make your children try and defend themselves with the methods used by Kevin McCAllister in the movie Home Alone, it won’t work. They don’t have script writers and prop men to come up with the traps that Kevin used.

If you are ever faced with one of those hungry gangs I just talked about, you’re going to need the rest of your family able to shoot. Chances are, there will be too many of them for you to take care of by yourself at that time. Having additional shooters increases your family’s chances of survival.

The third point I want to make is a little more complicated. Generally speaking, it’s considered self-defense if you have to use deadly force to protect yourself from an armed attacker inside your home, as long as the perpetrator is facing you. If you shoot them in the back, it’s assumed by the police and the courts that they were leaving when you shot. If that’s the case, they were no longer a threat to you.

That’s fine during normal times, with normal criminals. Even with the increased propensity of criminals who commit home invasions to work in teams of two or three, you can still face them down with a gun and chances are you’ll come out on top. Criminals rarely practice shooting, so your chances of hitting them are much greater than their chances of hitting you.

But, what about that hungry gang? There’s no way that you can face off against 10 armed attackers, at least some of whom are probably hunters and expect to come out standing. Unless you can draw and shoot like Wyatt Earp with an attitude, there is just no way that you can shoot fast enough to service that many targets before they take you out of action. About your only chance is if you scare them enough that they break and run.

Here’s where the difficulty comes in. Your only chance against those 10 armed attackers is if you can keep them out of your home. Since no passive defense system is perfect, that means you’re going to have to fight them, while they are outside and you are inside.

In reality, this is still self-defense, just as long as they either fire the first shot or threaten to do so. Legally you can defend yourself and your home. But it’s going to be harder to prove in court. So you need to make sure that you have your case well-established through witnesses and even photographic evidence. That way, if you end up in court, you’ve got a chance.

Based on point 3, you need a battle plan. You need to know how you’re going to fight those attackers before the time comes. Otherwise, all you’re going to be doing is reacting to them, giving them the initiative.

If your home is properly secured by hardening it, you have an ideal opportunity to create an ambush for any attackers. Assuming they come up to the front of your home, having a fence or hedge could funnel them into your front walkway. That’s to your advantage because it places them right in front of your home’s windows. They don’t have a chance to sneak around the corner and get you.

Of course, you’re going to need some sort of alarm system to inform you when they are coming, such as some dogs. But that’s really a subject for another day.

With your family trained, armed and prepared, you can assign different family members to different windows as their firing points. That puts your attackers in somewhat of a cross-fire and separates your family so that it is harder for the attackers to shoot them. It also shows the attackers that they’re not coming against just you alone. This may cause some of the hanger-on to decide to leave. Then you confront them, again from a window, demanding they leave.

One of the keys to any ambush is to use massive amounts of fire. So once they start shooting, you and your family should answer with all the firepower you can muster. This is not the time to show them mercy, it’s the time to save your family. Remember, it was they who started the ball rolling, not you. As the attackers, they deserve whatever they get.

What I’ve done here is to give you the outline of a home defense strategy. There are many details that you will need to work out. Your home may not fit what I’ve just said perfectly. So you’ll need to modify the plan. But at least you’ve got a starting point. Now make it yours. 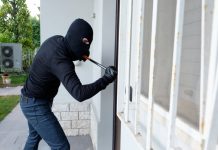