I don’t care how good you are at stockpiling or how big a stockpile you are able to build if the aftermath of a disaster lasts long enough, you’re going to run out. It’s more or less impossible to stockpile an infinite amount of food and most of us will have a big enough problem trying to stockpile a year’s worth.

I mentioned this in a previous article, bringing up the idea of raising your own food through survival gardening and raising animals, even on your backyard. I want to explore this a bit more, especially the gardening side of it. If we’re going to be in a place where we need to raise our own food, we’d better have a plan in place. You’re not going to grow enough food to keep yourself and your family fed unless you make your garden is very effective and very productive.

If you listen to some people out there, they’ll tell you that you can grow enough food to feed your family in a four-foot square vertical garden. That’s preposterous if you think about it. The average adult eats about a ton of food per year. If you look at the amount of food that they claim you can get from that four-foot garden, it’s not going to be anywhere near enough.

But that’s not to say that you can’t grow enough to feed your family, you can. You just need to scale up your operation. Basically, you need to make it as big as you have room for.

You’ve probably seen an article or video sometime about a family that is growing all their own food in their backyard. I know that I’ve seen several of them at one time or another. I even had a neighbor at one time who was pretty much doing that. He needed to use my backyard too, in order to have enough space, as the backyards of those houses were rather small.

The articles which I’ve seen, where people were actually able to grow enough food, were typically cases where the family had a 1/5 acre lot in the suburbs. In each case, every square foot of their backyard had either been converted to raised bed planters, walkways between the planters or other areas needed for gardening. They had no lawn, no swing set and no pen for their animals. All they had was a really big vegetable garden.

Planning for that Garden

As part of your survival plan, you should start thinking about how to turn as much of your backyard into productive gardening and animal raising as possible. You don’t want to wait to do that until disaster strikes, simply because you won’t have the time to waste.

So draw up an actual plan, including making a detailed drawing of your backyard, showing where and how you are going to build your planting beds and what you are going to plant in them. From this, you’ll be able to get some idea of how much produce you can grow; but you’ll also need it for calculating how much seed you’ll need to stockpile. You have to have enough seed on hand to get through that first year. After that, you can harvest seeds from your garden.

Preparing for that Garden

Okay, so maybe you don’t want to have that garden now. After all, that much gardening is going to be an awful lot of work. So rather than turning your entire backyard into a garden right now, what you probably need to do is prepare for that eventuality, without actually making the garden.

The most important part of any garden is the soil, so more than anything else, this means improving the soil you have in the backyard. The typical home doesn’t have very good soil unless one has invested a lot of time and money into trying to have a perfect lawn. But grass really doesn’t need great soil, so the rest of us just muddle along with whatever kind of soil we have.

Improving your soil in your backyard garden can consist of several different things, such as:

Improving your soil will take time, simply because you can’t do everything that I’ve mentioned in that list at once. You have to do one thing, then give it time to work its way into the soil. Then you can do another. This is why it usually takes a year or more to get the soil ready for gardening. But it also shows why you don’t want to wait for a disaster to come, before starting your garden in the backyard.

There is some bad news though. Doing all this work to improve soil in your backyard garden means that your grass is going to grow better as well. So you’re probably going to have to cut it more often.

Stockpiling for that Garden

If we assume that store will be shut down due to the supply chain being broken, then we must plan on having everything we’ll need, before the disaster strikes. Granted, your local garden center probably won’t be the first place to get looted when things go bad, but you can’t just assume that what you need will be available.

So, what sorts of things will you need to start a garden your backyard?

In addition to stockpiling the supplies themselves, you would be well served to gather up some recipes for how you can make things yourself. Some sorts of plants are natural insect repellants, helping to protect the rest of your garden. Fertilizers can be made from a number of things. Even with a stockpile, your stockpile will eventually run out, and your need for a backyard garden probably won’t.

Seeds can be frozen extending their life. Left at room temperature they gradually lose their potency, which reduces their germination rate. While freezing will reduce the germination rate slightly, the amount it will be reduced by will be much less than otherwise. 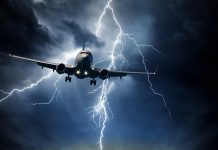