Hidden amongst the American population is a group of people known as “preppers.” You’ve probably heard of them. You probably even have some living nearby you, working with you, even in your own extended family, without even knowing it. Members of this group don’t carry cards or wear pins, they don’t go to club meetings and they don’t announce their affiliation. To do so would break with a basic tenet of their faith. But they are there nevertheless.

Estimates vary as to how many people are actively involved in prepping, but they are somewhere around two percent of the total population. That may not seem like much, but if the country ever faces a major disaster, those may very well be the most important two percent of our nation’s citizens; for you see, they are the ones who would most likely survive.

Prepping is all about being prepared for the unknown. None of us has been issued a crystal ball, so we don’t know what the future may hold. All we know is what has happened before. Looking back at that record, we can say with a fair amount of certainty that there will be good things that come our way and there will be bad ones as well.

Being a prepper is about those bad things. It’s a way of life in which one makes sacrifices today so that when something bad comes along, you are ready for it. In a way, it is no different than paying for insurance, so that if you get sick, your home burns down or you get in an accident, you have money to meet the need. You sacrifice today in paying the premiums on that insurance so that when a problem happens tomorrow, you will have what you need.

If you look at history, you’ll see that the vast majority of people in the world could have been called preppers. They spent the warm months of the year hunting, gathering, raising crops and preserving whatever foodstuffs they could, so that they would have something to get them through the hard, cold months when food was scarce. They prepared for a disaster they knew was coming… winter.

You hear a lot about major disasters in the prepping movement, what is referred to as “TEOTWAWKI events.” That stands for “The end of the world as we know it.” Please note that this is not the same as the end of the world. In fact, it is distinctly different. A TEOTWAWKI event merely means that the life we are going to live, on the other side of that event, is going to look different in some way, then the life we live today. How it is different and how much it is different will depend on the disaster that occurs.

Another term that is used a lot is “SHTF.” If you’re not sure what that means, it refers to excrement hitting a rotary air movement device. This is different than a TEOTWAWKI event in that life may very well return to normal after the disaster. A hurricane rarely changes the way that people live their lives, but an EMP (electromagnetic pulse) that takes out the electrical grid does.

Preppers are nothing more than people who have accepted the idea that some sort of disaster is going to come their way, sometime in their life. Therefore, they’ve decided to be prepared for it, rather than depend on Big Brother government to take care of them. Self-sufficiency is an important term in the prepper lexicon, as it might be necessary to be totally self-sufficient after a disaster.

So, what sorts of disasters are we talking about?

Each of these categories is different, but the preparations we need to make to survive them are remarkably similar. While each specific disaster scenario has its own needs, there is a large body of preparations that will serve equally well in any of them. Most preppers start out with those common preparations and then add the more specific needs later.

So, what sorts of preparations are needed?

For most, prepping becomes more than just an activity that they do for a while; it becomes a way of life. That’s partly because it takes a lot of time, effort and yes, money, to become fully prepared. But it’s also because learning survival skills tend to change our thought process. As we become more self-sufficient, we see the benefits that self-sufficiency offers. So we start doing things for ourselves, rather than depending on society doing them for us. Thus, when a disaster strikes, we may already be doing some of the things we need to do in order to survive.

Why should you be a prepper? Let me give you the simplest, yet most important answer possible… do it for your family. You really only have two choices; to prepare for a disaster or to not prepare. If you choose not to prepare, you are choosing to leave your family’s fate in the hands of others, specifically government bureaucrats. I don’t know about you, but I don’t trust them enough to leave the lives of my family in their hands.

When you become a prepper, you take control of your own fate and your own destiny. While you may never be totally ready to take on the world and whatever it throws at you; you will be more ready than you are today. Each step you take, becoming more prepared, will increase the chances of your family’s survival, no matter what may come your way. 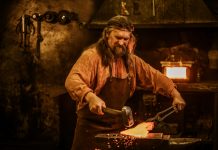